Home InspirationHow It All Happened: The New Beginning

A Milestone of New Beginning 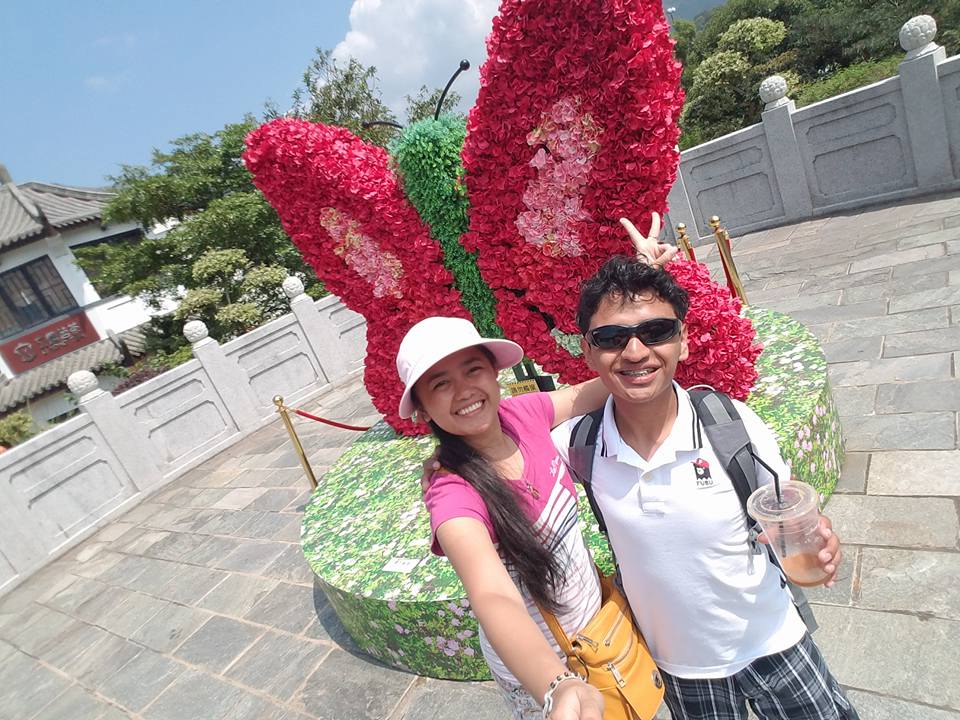 Marriage is the base ground or the strong foundation of our commitment to the love that would last a lifetime even in the most challenging times of life.  We are now moving ahead with our lives as one body and soul in the journey to forever.

I am an Asian and my husband is a Latino, 2 different people of different race, different culture, different principles and beliefs and a total different well being. We have met as strangers in a social network back in 2009, built a constant communication from 2015 and through this we have known each other well. We offered each other friendship but the continuous  talks and sharing of everything became a special connection between me and him that eventually resulted to that special feeling of love that we never really expected. Even us didn’t believe with this kind of relationship before but as it happened to us, I could say now that it’s true. Love has no boundaries, its a magical thing that can happen even to the most unexpected way, it was real and it did really happen as the reality of the beginning of our love story. From then we made sure to introduce each other to our families even only through tools or by  technological means of communication. Despite the doubts and questions that they have, we were blessed to have their happiness for both of us and their approval to our relationship.

As we knew the sea of life has lots of waves, the challenges and trials are inevitable and through this we tests ourselves how strong we are as a human being. We, at the same time realized how strong is our relationship to the people who truly love and care about us. This is how we build the foundation of our relationship to each of our loved ones especially to our partners in life.

We were in the delight of love when life strikes its strongest storm to one of us. My father got a motorcycle accident and after a day he passed away, it was the hardest struggle I’ve been through and with the pain and grief, sorrow had drowned me. At first I thought I would reach my weakest point but I stood firm because of the unconditional support and love of my partner/boyfriend. He slowly lifted my spirit from sorrow and despair of loss, he had offered me the unconditional support I really needed in those darkest times of my life. Love has been so powerful that even though he was in the farthest place away from me and with the difference of time, it never became a hindrance to communicate and be with each other in those times of suffering and hardship.As I try to accept the process of healing, he became one of my inspiration and motivation to move ahead with life and see another light of new beginning. He had came to visit me in my country, had talked to my entire clan of family and brought me to some places I could unwind to freed myself from all the thoughts of the painful past I’ve been through.

From our trips, we have shared our own special moments together in which we have known each other’s character and stories of identity. Our love for each other had developed into maturity and more serious state until finally we have decided to settle down into a decision of getting married. By that time my fiance had to go back to his country to let his family know and I’ve done the same, I have talked to my mom and brothers about it as well. As normal reactions of concerned parents, the acceptance was not easy. Due to the fact that we just met on the web and we came from a total different race and culture, doubts and hesitations from our families cannot be denied.

The decision of getting married means the acceptance of the whole family from our both sides, despite all the risks and in whatever situation of life we are in. It was a tough decision to make considering that those risks might result to a total success or total failure. Concerns about the possibilities of “what if’s” and “if only” were a risky truth to take and a courageous matter to be conquered. Doubts and hesitations from our families have been addressed well and known to us for the assurance of understanding all the consequences of our decision and the risk we would want to take. But our love had overruled everything, it was brave, courageous and strong, it had been our assurance against the uncertainties, our only reason to believe to the success of our relationship. 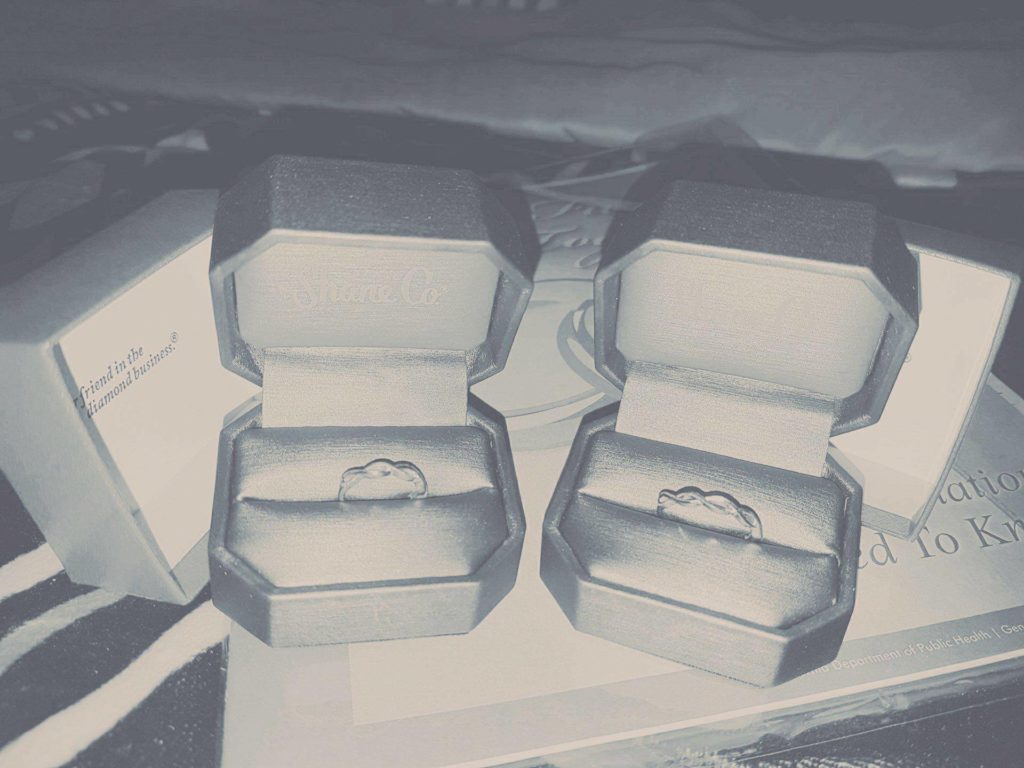 23rd of March 2017- Wedding day. Simple but very joyous day to celebrate when our relationship was finally in the legality of lifetime commitment. Being young and married is quite a blessing and a blissful start for both of us. As a couple who started from a very distant commitment, it was a true joy to be in each other’s arms after the sacrifice of being apart for a year. Having been in a long distance relationship is quite a long journey of communication, the only way to build the force of our relationship into reality and to see the truth behind the distance that sets us apart. When I say communication, it was not just through words but the feeling of being fully related with your special someone. As if he was always present beside you consciously listening with his whole being, all his concerns and care. Individually, we have our own separate stories of storms in life but through the power of connection that we have created in our commitment, each of us became the strength of each other.

19th of September 2017– We are now happily married and with the love and grace of God, we are blessed to have our most precious little girl. Stepping up to the milestone of family life, a new beginning with full of hopes and prayers to a love that would last a lifetime. 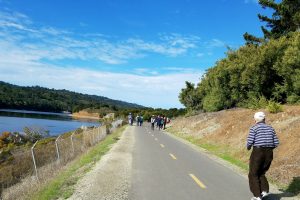 Mia’s Little Feet Adventures: Sawyer’s Camp Trail How about a[...]

We never thought of getting a pet before. A few months[...] Beautifully written! Congratulations on the birth of your beautiful and precious baby girl!

Thank you for sharing your love story – it’s beautiful! How love knows no boundaries despite all your differences – your love unites you. And awww to that beautiful picture of your little girl!

awww! your amazing love story warms my heart! Congratulations!! it is not easy but it is possible to unite differences and love gives us the strength! Mine is also a distance love story, my husband and I met in 1998 and lived apart until 2003 when we decided to get married. He’s Italian, I’m from Argentina and now we live in Switzerland and have two beautiful children.

Awwww I love how honest and transparent this post is! Congrats to you both!

What a beautiful post and a great reminder that love doesn’t have boundaries. I am trying to remember this as my sons have started dating and I have met a few that my first thought wasn’t positive, but I keep reminding myself love has no boundaries!

This is a beautiful post! It sounds like you have a wonderful, blessed life! Your daughter is so precious. Baby girls are the best 🙂

Congratulations on the birth of your child! I wish you much happiness and many many years of wedded bliss and joy..

Congratulations to you both on your marriage and on the baby girl. Good luck and a happy life ahead for you both!

Sounds like you have a wonderful family! Your daughter is beautiful! So exciting to have a little girl. Best wishes in your further endeavors! 🙂

Aw, your little daughter is precious! Congratulations, both on her birth and your wonderul story of finding your partner. I always get the feeling that really deep relationships are rare, so it was really nice to read about yours. 🙂

Love is a beautiful thing. I admire yours and how it has been able to help you in your low times. Plus your baby is so adorable.

Your story is very interesting! I am very happy for your family. That’s something you definitely don’t hear everyday.

I enjoyed reading about your love story. You have a beautiful baby girl! I wish you more years of happiness together!

Congratulations to you both on the marriage and the baby! such a cute little girl! hope everything goes well

Such a lovely story. Congratulations on your happy marriage and one your little baby. Love can concern all no matter the difference in another persons ethnic background.

Congratulations on both of those life-changing events! Your post is so beautiful and sincere, and just made me smile happily, although I haven’t met you. Your daughter is beautiful, let her grow happy and healthy!

What a beautiful and inspirational story! So beautiful. Congratulations! I wish all the best for your baby and marriage!

This is what happens when love finds 2 souls looking for one another. Congratulations, you three – such a beautiful origin story – so many blessings to you and much more to come.