Island Tour to the Islands of Romblon, Philippines

Home TravelIsland Tour to the Islands of Romblon, Philippines

Island Tour to the Islands of Romblon, Philippines 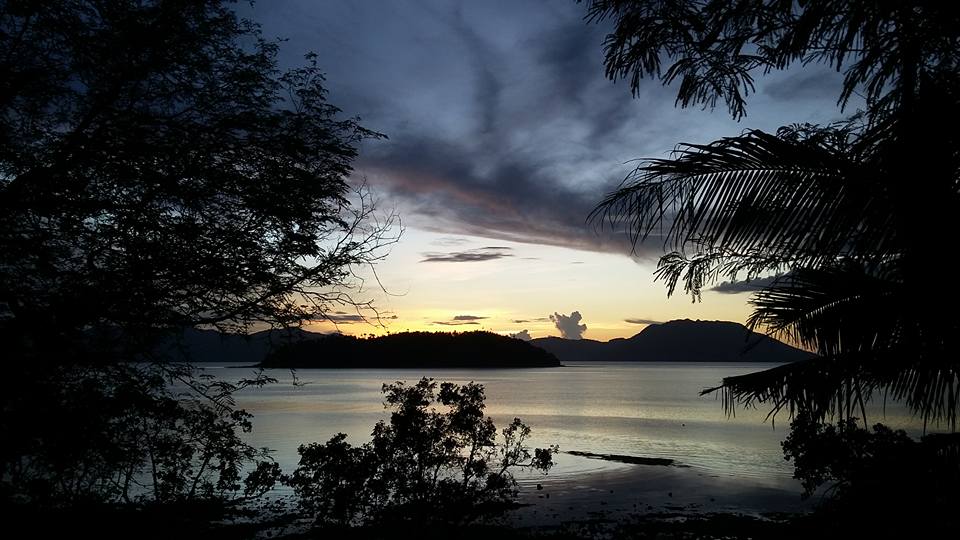 Located in the heart of the Philippines lies the marble island of the country, the beautiful islands of Romblon. The 3 main islands that makes up the province are named Tablas, Sibuyan and Romblon. Separated and surrounded by the blue waters of the sea, these islands are abundant with the best of nature from the beautiful white sand beaches to the clean wonderful waterfalls, untouched small islands with uncrowded resorts and a lot more tourist destinations.

I am a proud Romblomanon, born and raised in the capital of the province, Romblon, Romblon. With my family, blessed and know how lucky we are to have seen the wonders of these islands. Island hopping adventure was one of our hobbies especially going through a motorcycle island tour. These are compiled stories of adventure that will navigate you to the unspoiled wonders and undiscovered treasures of this small island, Romblon.

Considered to be the marble island of the country; this island contains the main product that the whole province is known for. The island is rich with Marble Stone in which the people or the locals earn their way of living. The marble stone gets handcrafted or machine processed and are then sent to businesses to different parts of the country and even exported by some locals to different parts of the world. 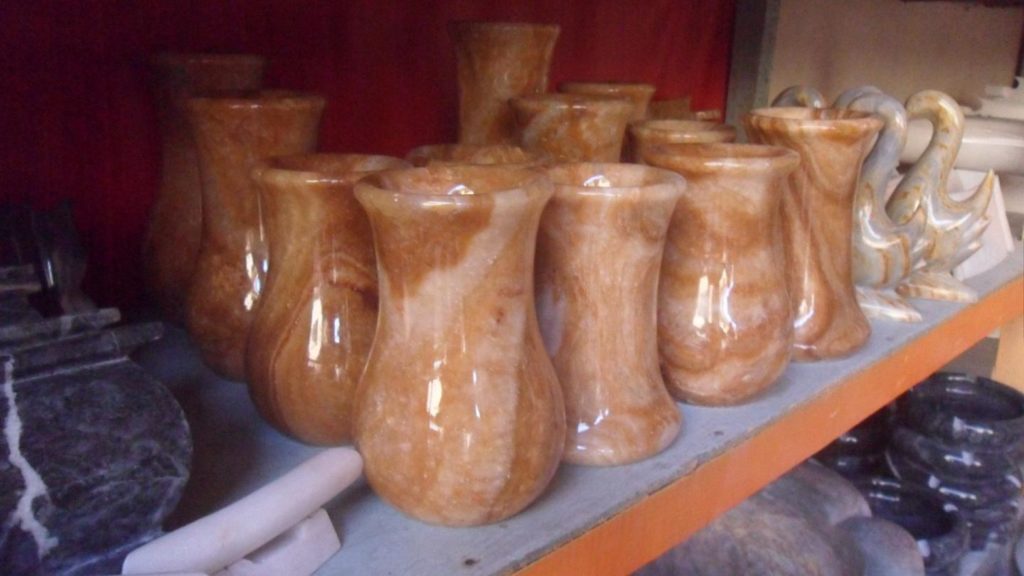 Romblon, Romblon is not only about marble stone, you can also find fine white sand beaches in the main island to the small islands that surrounded it. Some islands are uninhabited and some are uncrowded which are inhabited only by few local people and are very attractive for tourists and island adventurers. . There are 3 small isolated islands in Romblon,Romblon, these are the virgin islands of Logbon, Alad and Cobrador.

Few kilometers from the main town of the island is the place called Brgy. Lonos, where my family’s residence is and where you can find the white beaches that are considered as the 2 main attractions or tourist destinations of Romblon,Romblon. You can walk in a long white sand bar of Bonbon Beach, a very peaceful place to relax and  where you can be one with nature. But if you would want to stay in a resort and experience the same, you can visit Tiamban Beach Resort located just few steps away from Bonbon Beach. 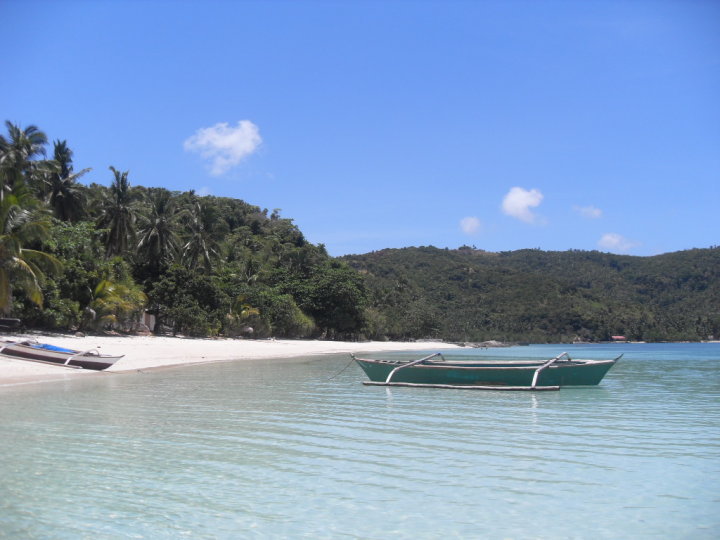 Almost 37 kilometers away or two hours travel by boat or RoRo ship from Romblon,Romblon is the Island of Sibuyan. Considered as the “Galapagos Island of Asia”, the smallest among the three islands that consist the province of Romblon.  Different from the island of Romblon, Sibuyan was not known by its beaches but by the numerous beautiful waterfalls, clean rivers and is the most visited by hikers to explore the Mountain of Guiting-Guiting. These are the main attractions that can be visited by anyone who seeks adventure in the deep forest of the island. 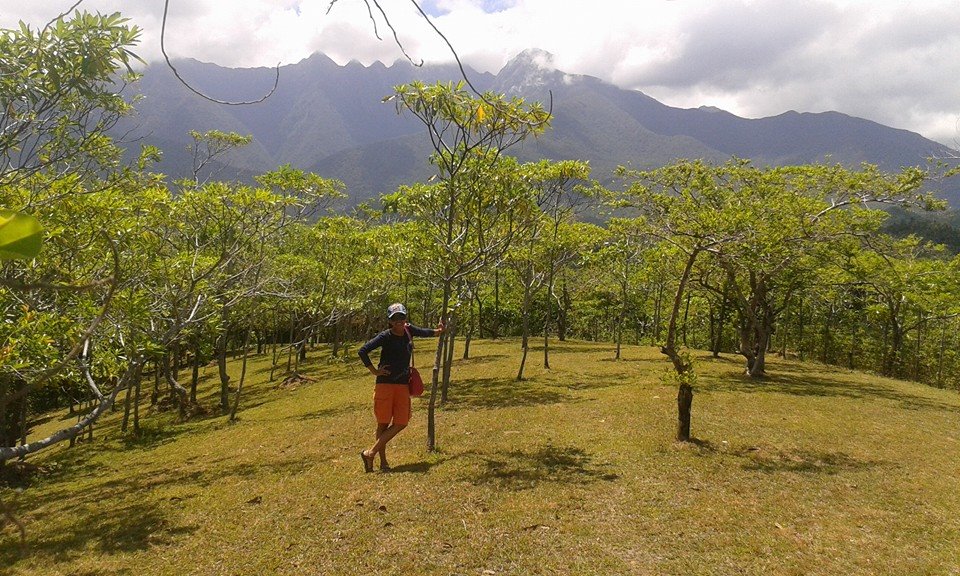 When we visited Sibuyan, we stayed for 2 days in 2 different places but both were owned by my Papa’s friends, private residence in Brgy.Magdiwang and in Sanctuary Garden Resort.  We Packed all the things we needed such as bag of clothes, snacks, water, hat and sun glasses, My brother and I took the challenge to visit each and every falls that Sibuyan offers. We traveled by a motorcycle to reach each location, hiked through the woods of the forest, followed the path of the river until we reached and witnessed the unique beauty of each falls. The long journey going through the forest, rocks and difficult narrow trails were all worth it when we reached the very end. We were amazed how pure and clean the water is, flowing down the falls going through the river. 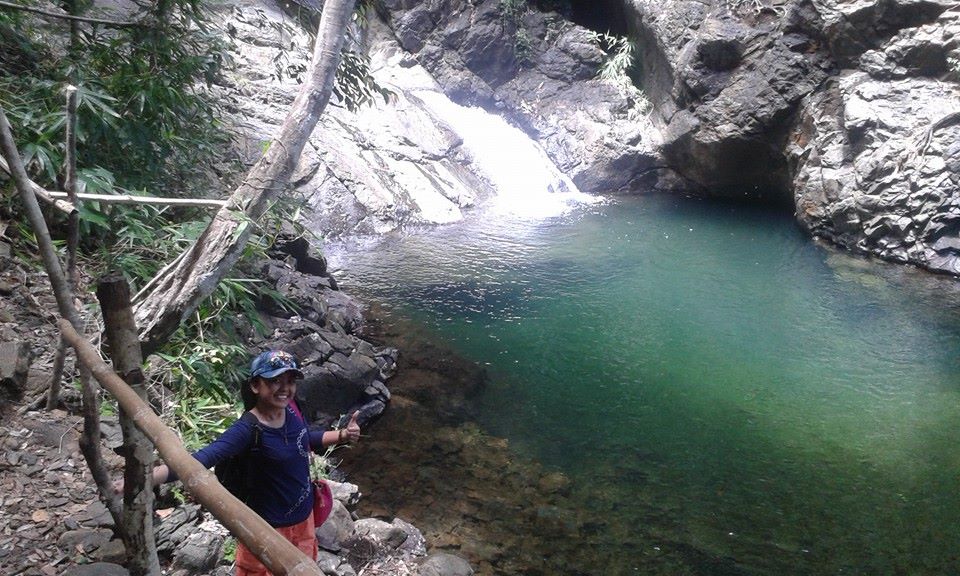 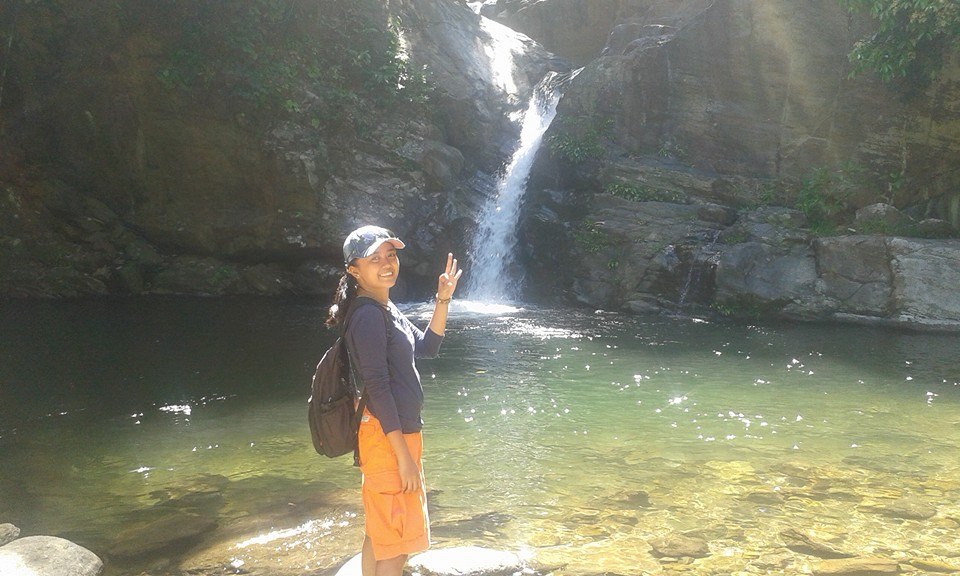 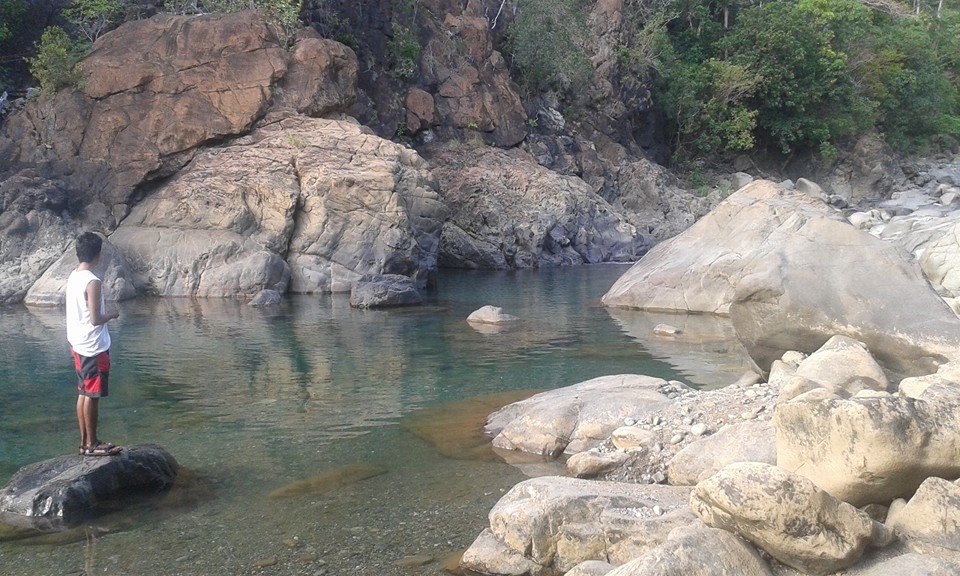 Due to a very limited time we missed to visit some of the places but the experience was great and very memorable.

Facing the island of Romblon,Romblon, 5.6 kilometers away and an hour travel by boat or Roro ship from the capital, you will reach the island of Tablas. The largest among the three island of Romblon is Tablas Island, where you can find the only airport in the province, Tugdan Airport located in the locality of Alcantara. Tablas is also the closest island to Boracay, which is the most popular Philippines tourists destination. Though it’s the biggest island, there are only few resorts that are known to people there like Tablas Point Resort in Sta.Fe, Villa M. Exclusive Resort in Looc and Cummings Highlands Accommodation. Tourists destination here also include Looc Bay Marine Refuge Sanctuary- which are fish sanctuary treasured by the locals of Looc, the Groto de Banloc and the lights of Bantigue Resort  located in the same  locality. 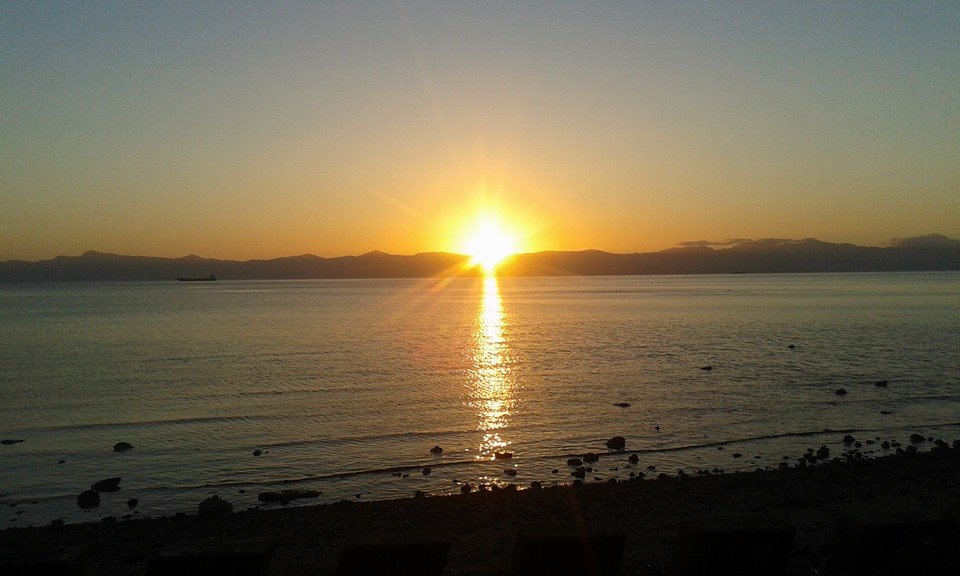 My father and I visited Tablas for an island tour, it took us almost 5 hours to tour the whole island by the motorcycle and few minutes of stop over in a store to grab a drink and food. We passed through concrete roads and rough roads along the way and most of it were near a cliff or near the bay looking over the wide ocean of Tablas Strait. The island has rivers too but it was not as many as what Sibuyan island has. Some rivers here are wide that we have to passed through bridges to cross some roads. 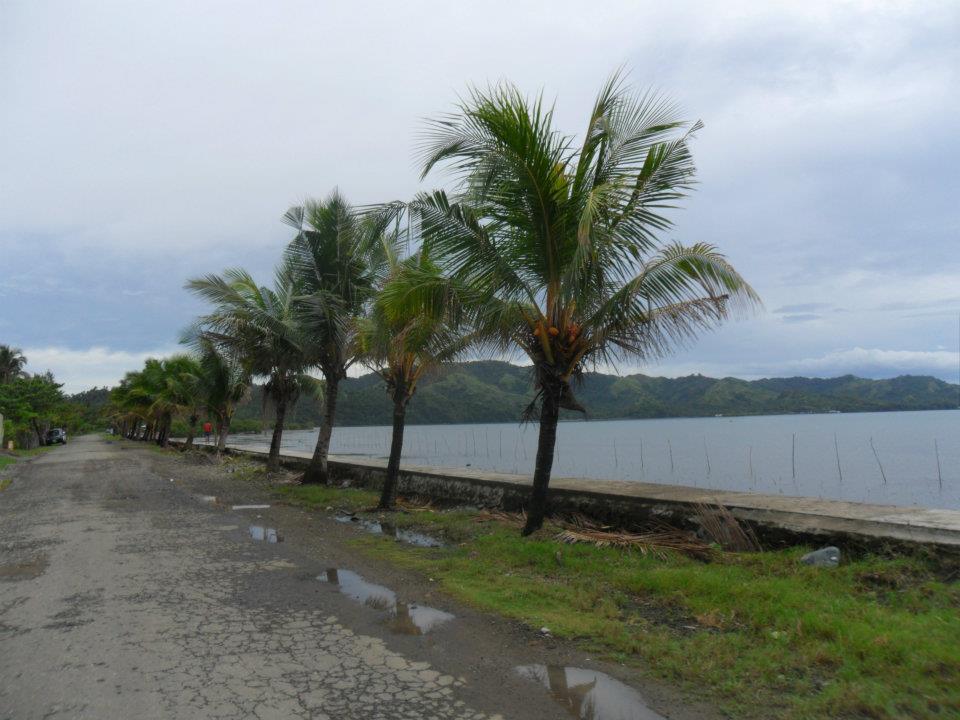 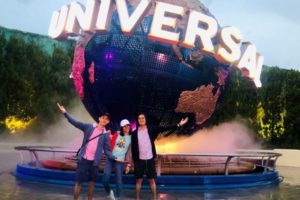 Traveling with Siblings: The Pro’s and Con

#SIBLING GOALS We may have seen a lot of travel[...] 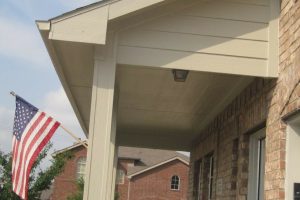 Learning Something From Dad 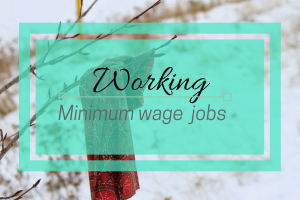 The Philippines has so much natural beauty! That white sand beach looks so idyllic. And the marble capital? I’m marble-obsessed, looks like a fun place to visit. Thanks for sharing!

what great photos. You look like you had a great time.

Wow, I’ve never heard of this island but it looks so beautiful and untouched!

The Philippines have been on our Bucket List for awhile! Thank you for the inspiration on this lesser known (at least to us) gem of an island. Looks gorgeous and worth the trip!

What a beautiful place! I would have never considered the Philippines, but I will now!

Ok, the waters in the bay look amazing! I have major wanderlust these days, but need to wait before our next adventure. Adding Tiamban Resort in Brgy. Lonos, Romblon,Romblon to our list!

What an incredible destination, looks like there is tons to explore.

WOW!!! What amazing sites. Looks like an amazing place to visit and tour around.

the place looks beautiful! Philippines are on my bucket list. Can’t wait to see it! Hoping for next year

From the marble to the white sand beaches Romblon sounds amazing. I love that you gave your visit such a local perspective, and I’m absolutely amazed at how clear and pure the water is in some of the photos. Such a beautiful place!

wow! everything looks great! I want to go travel to Phlippines soon, hoping next year will bring me this travel joy

I would love to take my family here for a vacation! I never knew Romblon had so much beauty to offer!

Wow, that looks amazing! My favourite is the picture of that beach – it’s just so beautiful I can imagine it in an outdoor for a travel agency or something. I’d love to visit the Philippines in general, but Romblon does sound pretty fun and promising, I’ll give you that!

This seems like a hidden beauty in philippines and such a picture perfect place which is not overcrowded with tourists.

Romblon seems so beautiful! I just left Philippines and absolutely loved it. We visited Cebu Island, Bohol, Siqujor, and Boracay and was so sad to miss Coron and Palawan. However, I bet there are so many great places like this one to enjoy too! And with less people!

I’d love to visit here, your pictures are gorgeous and are giving me the travel bug! Bila bila looks gorgeous!

These photos are beautiful! Just added one more place on my list of places to travel before I die. 🙂

Romblon looks so beautiful in your photographs! It must have been AMAZING to grow up there!! I have never even heard of it — and I was a travel agent for ten years. This should be on lots of vacation lists!